On May 4, 1865 the body of assassinated United States President Abraham Lincoln was placed in a receiving vault at Oak Ridge Cemetery in Springfield, Illinois following final funeral services. He was placed within his final resting place, the Lincoln Tomb in 1871. Two Chicago criminals (unsuccessfully) attempted to steal Lincoln’s remains to hold for ransom in 1876. In 1887, the bodies of the President and Mary Todd Lincoln were buried together in an underground brick vault, and finally, Abe was buried in a concrete vault underneath a massive granite cenotaph. Mrs. Lincoln and 3 of the 4 Lincoln sons are interred in nearby crypts.

The following photo shows members of the 114th Illinois Volunteer Infantry Regiment (Reactivated) in front of the Lincoln Tomb. 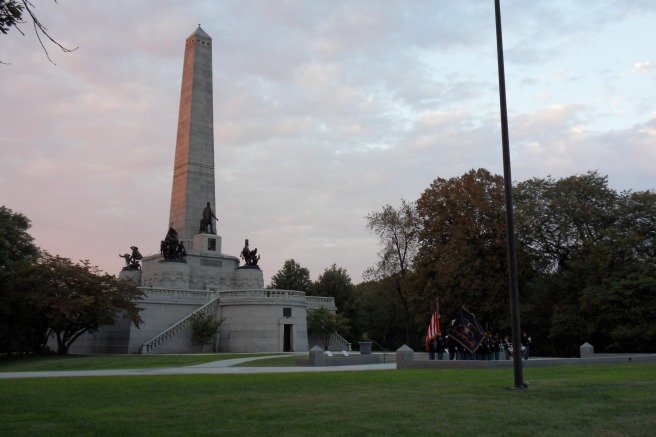